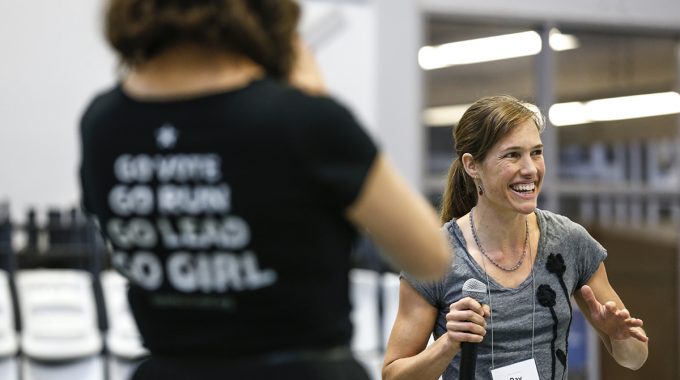 Our Women Run! program is New Hampshire’s only statewide nonpartisan effort to inspire more women to run for office. Change begins at home, and we’re bringing Women Run! events to every corner of the Granite State. From the local school board to the state legislature, there’s an office for every woman who is ready to do the work of campaigning and governing. Whether you’re conservative, progressive, or avoiding political labels, Women Run! is for you.

Here in New Hampshire, we’re known for political firsts like our first-in-the-nation all-female Congressional delegation – but we have a long way to go to achieve political parity for men and women. As we reported in our Gender Matters series, women hold less than a third of the seats in the New Hampshire legislature. When women run for office, they are just as likely to win as men. The problem is that women are significantly less likely to run in the first place. Experts believe women feel less qualified to run than men despite having similar education and experience, and that women are less likely than men to receive positive encouragement to run for office. Women Run! is here to break down those barriers. Our Women Run! events give women the tools, confidence, and community they need to raise their hands and run.

Learn more and find out how to get involved.

We just released our Gender Matters report on marriage in NH. In it we take…