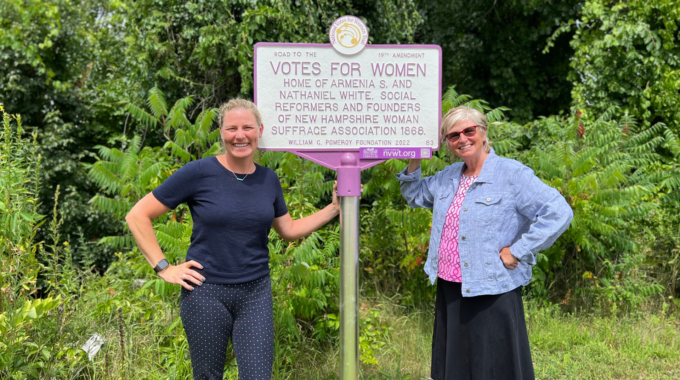 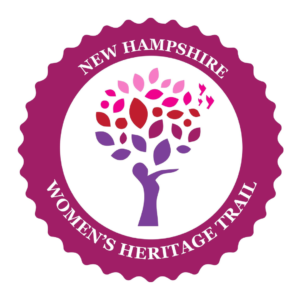 Although the pandemic dramatically slowed the creation of a Trail, NHWF staff applied to the Pomeroy Foundation, a national foundation honoring the 19th Amendment, and successfully secured three new roadside markers honoring suffrage work in New Hampshire. These three markers are part of the National Votes for Women Trail.

The most recent marker honors Armenia White, longtime Concord area philanthropist, for her work in starting and then leading the New Hampshire Women’s Suffrage Association in 1868, serving as its first president until 1895.

This roadside marker is located at the entrance to White Farm in Concord and reminds us all of the important work done by Armenia White to gain women the right to vote.

A little history on Armenia, and her husband Nathaniel, also named on the plaque:

In 1868, Armenia and her husband Nathaniel founded the New Hampshire Woman Suffrage Association, with Armenia serving as the first president until 1895.

In 1846, Nathaniel and Armenia established White Farm on Clinton Street in Concord. The historic farm is now owned by the state and is an agricultural surplus store. It was placed on the National Register of Historic Places in 1981. This marker, placed at White Farm, commemorates Nathaniel and Armenia White’s many years in works of philanthropy and reform, and their dedication to the fight for women’s suffrage. 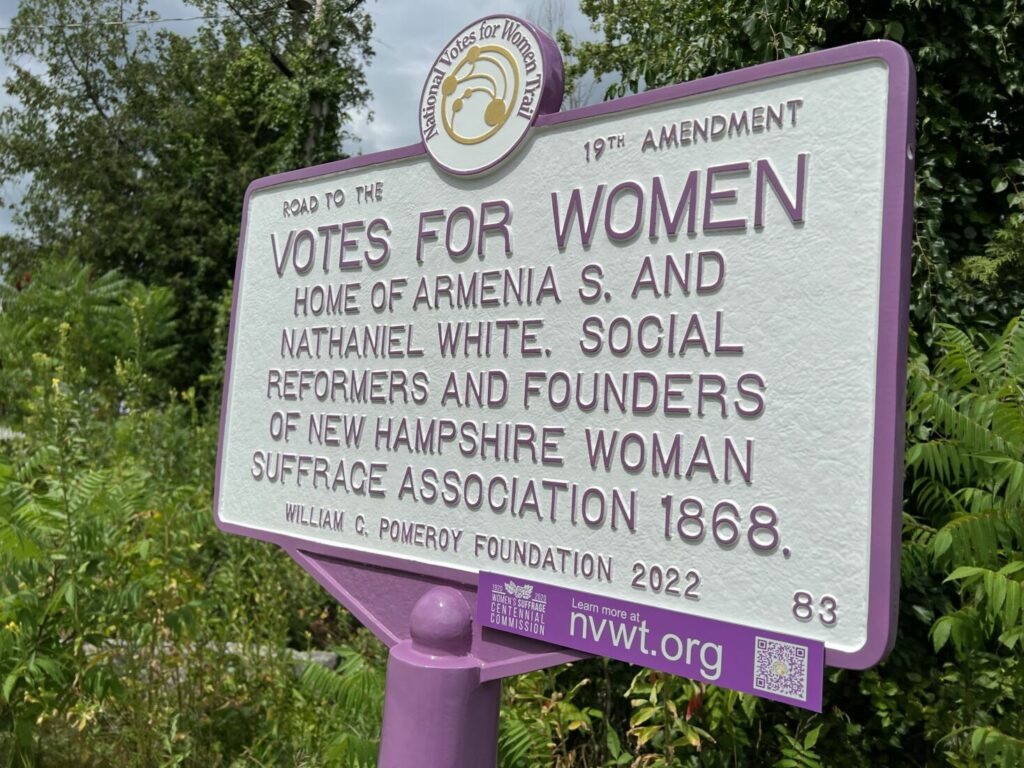 UPDATE 3/25/22, from our NHWF Weekly newsletter: The U.S. Census Bureau’s most recent data from…