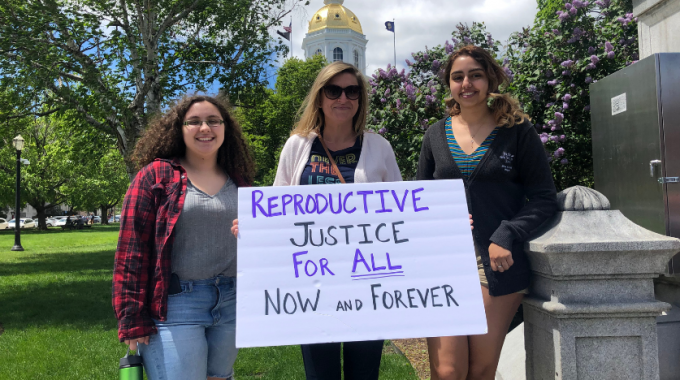 Today the New Hampshire Legislature is scheduled to vote on HB2, the proposed two-year budget, which includes extreme language that bans abortion after 24 weeks with virtually no exceptions and requires mandatory ultrasounds for any abortion at any stage in pregnancy. The New Hampshire Women’s Foundation supports full reproductive freedom, and as such, strongly opposes the abortion ban in HB2. Today, we need your help to try to defeat HB2 and stop these extreme abortion restrictions.

To be clear, the vast majority of abortions at or after 24 weeks are extremely rare and complex, yet the abortion ban in HB2 has virtually no exceptions including fatal fetal anomalies. Dr. Ilana Cass, Chair of Obstetrics and Gynecology at Dartmouth Hitchcock Medical Center noted that “a woman and her partner who discover that the pregnancy that they are carrying has a catastrophic abnormality that would not allow that fetus to have a normal life would be unable to actually terminate that pregnancy.” In addition, doctors and medical professionals would face criminal penalties including up to seven years in prison if they provide abortions after 24 weeks. (Learn more from NHPR about the abortion restrictions.)

The restrictions in HB2 also mandate a medically unnecessary ultrasound before an abortion at any stage of pregnancy. This onerous requirement is meant to shame, deter and create barriers to women’s access to reproductive health care and runs contrary to New Hampshire’s long and proud tradition of upholding a woman’s right to choose. In fact, HB2’s lack of exceptions for rape, incest and fetal health is an affront to the 70% of Granite Staters who believe abortion should be legal and accessible. Simply put, HB2 is an attack on women’s health care and we need your help to stop it.

The New Hampshire Women’s Foundation supports full access to reproductive health care for all who need it, and we oppose HB2, the proposed New Hampshire budget for FY 21-22. We believe that women and people who can become pregnant should have freedom to make reproductive and sexual health choices AND have access to the necessary health care to fulfill those choices, including birth control, abortion, maternity care and gender-affirming health care.

An attack on any woman’s health care is an attack on all of us. We strongly urge all Granite Staters to reach out to their legislators and to the Governor and ask them not to pass this inhumane and dangerous budget.

With you in spirit and action, 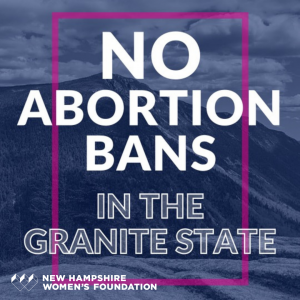 Statement of Solidarity with Marginalized Genders in Afghanistan