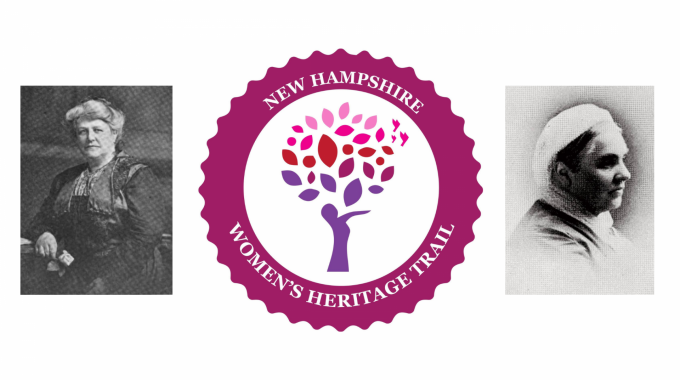 In 1919, the nation’s first Citizenship School, held July 8–12, was organized at the University of New Hampshire in Durham, NH, which was then known as New Hampshire College. This school, run by women, was established to help educate women on their citizenship rights and how to vote, in preparation for the adoption of the 19th Amendment. The Citizenship School was organized by a Miss Wright and presided over by Mary Inez Stevens Wood, of Portsmouth, who was also the first president of the New Hampshire League of Women Voters.

Invitations were sent to women all over New Hampshire from the National Association of Women’s Suffrage and President Hetzel of the New Hampshire College. This was a huge milestone for the women’s suffrage movement in New Hampshire because it was the first time the College agreed to work with women en masse on the movement. The Citizenship School brought together 200 women from all over New Hampshire and its success inspired state colleges in other suffrage states to host similar schools.

The Citizenship School is one of three markers the Women’s Foundation and its partner, the New Hampshire Women’s Heritage Trail, have proposed as part of a nationwide suffrage trail being sponsored and supported by the William G. Pomeroy Foundation. The Pomeroy Foundation, based in Syracuse, New York, is committed to supporting the celebration and preservation of community history, and is working to establish plaques in every state in the country highlighting accomplishments of the Suffrage Movement. 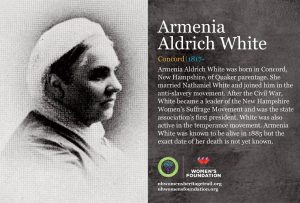 In addition to the proposed marker at UNH for the Citizenship School, the other proposed markers are for Armenia S. White (1817-1916) and Mary N. Chase (1863-1959), both of whom were pivotal to the women’s suffrage movement in New Hampshire. The marker for Armenia S. White will be at White Farm in Concord, the farm she and her husband established in 1846; and the marker for Mary N. Chase will be at Proctor Academy in Andover, NH, where she began teaching in 1899. All three markers should be erected in the spring of 2021.

As we wrap a year of celebrations commemorating the 100th anniversary of the 19th Amendment, we are reminded of our responsibility to continue to tell the stories and highlight the lives of the incredible women who have come before us. While our plans for the Women’s Heritage Trail have been slowed due to the COVID-19 pandemic, we are as committed as ever to the Trail’s mission “to give visible recognition to the historic women of New Hampshire and celebrate their significant contributions to the life and culture of the state since its founding.”

In 2021, the Women’s Foundation hopes to move forward with plans to work with the State of New Hampshire, local communities and property owners to erect markers for the 27 women inaugurated to the trail including Amy Cheney Beach, America’s first internationally celebrated female composer; Hannah Davis, an entrepreneur and one of the first documented women inventors; and Sharon Christa Corrigan McAuliffe, NASA’s first Teacher in Space.