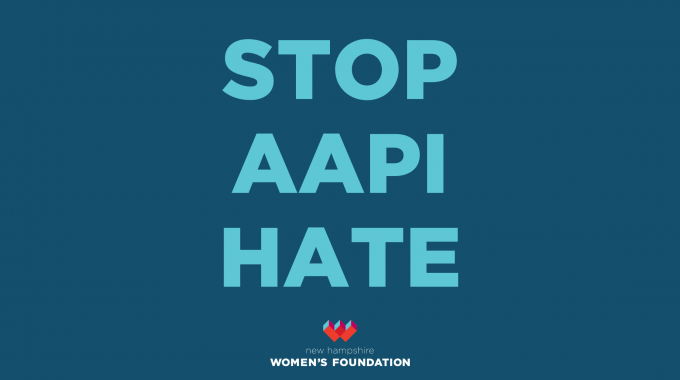 On March 17th, a 21-year old white man murdered six Asian-American women, one white woman, and one white man in a violent rampage in Atlanta, Georgia. As a global alliance of women’s funds, foundations, and gender justice funders and allies, we send our deepest condolences to the families whose loved ones were lost or injured.

We are devastated not only by the attacks in Atlanta, but also by the ongoing perpetration of anti-Asian hate and violence – particularly against women – since the start of the pandemic. We reject the remarks made by Captain Jay Baker of the Cherokee County Sheriff’s office in Georgia and his characterization of the attacker as just “having a really bad day.” Misogyny, racism, and violence are deeply intertwined. We believe that how we call attention to these issues is crucial.

We are clear that imperialist policy, misogyny, racism and anti-immigrant rhetoric in the U.S. — both historical and present day — are the roots of what made this violence possible.

We unequivocally stand against all forms of violence against Asian Americans and Pacific Islanders (AAPI). There can be no gender justice without racial justice.

Stop AAPI Hate, a national coalition addressing anti-Asian hate amid the COVID-19 pandemic, has found that 68% of the attacks on Asian Americans in the past year targeted AAPI women, who have historically faced sexualized stereotypes and sexual violence. According to Dr. Melissa May Borja, a researcher affiliated with Stop AAPI Hate, for the incidents in which we know the gender of the perpetrator, men were the perpetrator in 68% of the racist attacks. We call on men to act as allies and hold individuals accountable.

As women’s funds, foundations, and gender justice funders and allies, we vow to work with all who envision a world free from the social systems and environments that perpetuate hostility and hatred toward marginalized genders in communities of color.

Below are additional resources to support the AAPI community:

Junemarie Justus, Policy Director, US Women’s Caucus at the UN

In 1919, the nation’s first Citizenship School, held July 8–12, was organized at the University…