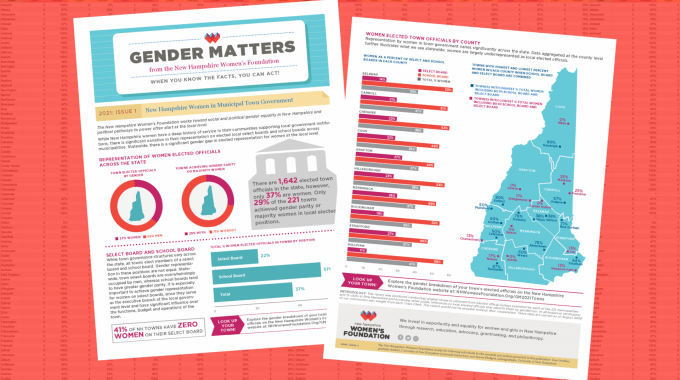 We’ve just published our Gender Matters report, “New Hampshire Women in Municipal Town Government,” highlighting some of the notable takeaways of the independent research we conducted through August 2020 on gender data in municipal elected officials. 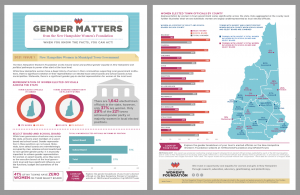 The full list of gender data of each municipality of New Hampshire’s 221 towns is below.

Methodology: This report was produced conducting original research obtained from elected official listings published by each of the 221 municipalities and 13 cities in New Hampshire and accessing other public references to local elected officials that identify them by gender/sex. In all instances verification of our conclusions was sought from each Town Clerk. This report would not be possible without their cooperation. These data are current as of August 2020.

If you have any questions about the data listed here or our methodology, please email us at info@nhwomensfoundation.org.

Note: The “Total” percent column is not an average of the town select board and school board, but is instead a percent of the cumulative count of town officials serving on each board. See next table for full data including count of officials in addition to percent.

See all the evening's fun in our GAL|A photo album and video. Join us for…